You might be wondering why our wonderful lodges are Yeti Mountain Homes. Curious? Follow the wondrously tall tale below. As the Sherpa like to say Maybe true. Maybe not true. Better you believe! 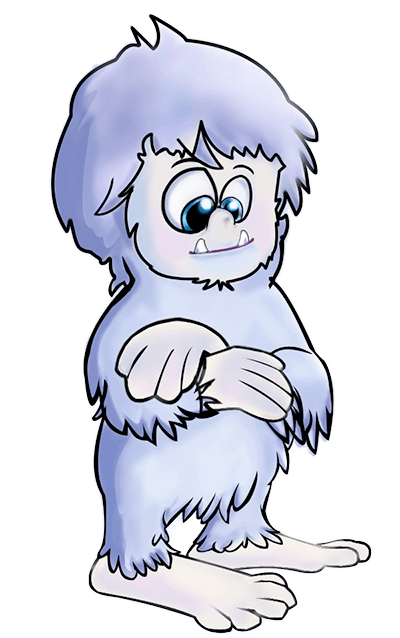 Our story begins one chilly wintery day, not so many moons ago, with a young Sherpa girl and her grandma snuggled close under thick blankets chopping and cutting vegetables for a soup bubbling on the blackened kitchen fire. Outside their cosy home snow lay in fat soft drifts across the frozen earth and the juniper wore tinkling cloaks of icicles. It was cold. So cold even the fat bellied yaks with their great hairy coats were shivering and chuntering.

A man and a woman were making their way up the hillside, heads tucked hard into fur lined scarves and brightly woven hats, eyes to the ground bracing against the bitter winds. They trudged steadily on through the knee deep snow, on and up towards the low stone lodge way above, with its smoking chimney gently beckoning them home.

The man stopped, head up, suddenly alert. ‘Listen’ he said. Nothing. Still nothing. Then they felt it, heard it – a long groaning rumble building and bouncing off the mountain sides ahead. Seconds later the first clouds of snow appeared chasing down the couloir like a frosted Chinese dragon…. Avalanche! They clung on to each other, terrified and helpless. Moments passed, lifetimes, as the great growling snow monster raged and roared around them, shattering the air, scouring the slopes, pelting eyes, nose and skin with the clogging white powder.

And just as suddenly, it was over. Two huge, pock- marked scars streaked either side of them – the avalanches’ trail etched onto the slope. The woman shook her head slowly still shocked and dazed, the deadly flakes spraying off in what felt like slow motion. He did the same. ‘Whoooo. Wooooaaa we’re alive’ he screamed up to the skies, both released now as the relief coursed through. Aha – they jumped and jigged, hugging and dancing and laughing not believing the luck, the aliveness.

'ooohhhhhhhh’ ‘awwwwwwww’
The man looked at the woman ‘Pasang was that you?’
Pasang looked at the man ‘no husband, was it not you?’
‘uuuuuuuuurrrrghhhhhhhmmmmmmmmmm’ ‘oooooooooch’
‘If it wasn’t you, and it wasn’t me, then who……………………?’
Eyes wide, brows knitted they clasped hands and turned to face the strange whimpers and moans ‘oooooooohhhhhhhhhhhh gaaawwww’

And there in the snow, shuffling and scraping its way slowly out of the neck of the tumbled debris, was a small shaggy creature, obviously in quite some distress. ‘ooooooooch’ it cried patting a soft pale paw to its head and snuffling tearfully. ‘awwwww’ and the other paw came up too.

The couple stood and gawped. The creature looked up, saw the man and woman, jaws agape and let out a very different shriek: a very scared ‘Aaaaaaaaaaaaaaaagh’ .

‘Aaaaaaaaaaaaaaaaagh’ shrieked the man and wife and for a bizarre moment all three shrieked in terrified harmony. Sensing this wasn’t really getting them anywhere, they stopped the shrieking and reverted to eyeing one another with some trepidation.

Pasang took a few tentative steps over the debris towards the now trembling beasty. ‘He’s only a baby, look, whatever it is,’ she called back. ‘Namaste bhai. It’s ok’ and she reached out a hand. The creature paused, obviously wondering what to do. Then with one giant sniffle it relinquished a paw from its shaggy head and flopped into Pasang’s outstretched hand.

‘Pasang are you crazy? It might bite or… or… anything’ the husband hissed. The creature rolled his big black eyes and sighed, a tear sliding slowly down one furry cheek.

‘Oh husband, don’t be silly. Now then creature.. come here’ and she scooped him up into a warm cuddle. ‘Brrrr he’s freezing. And so am I. Let’s get home quickly: hajiama will be worried’ she said

‘But what if it is….you know … a yyy…..’ Husband replied, fearful of the tales he had heard as a boy of monsters terrorising the Sherpa villages, stealing their yaks and eating the goats.

‘Well there’s one way to find out’ Pasang retorted

‘Creature, are you a Yeti?’ she asked the small creamy coloured bundle of shivering fur cradled against her chest.

There was a small sniffle and a very gentle nod. 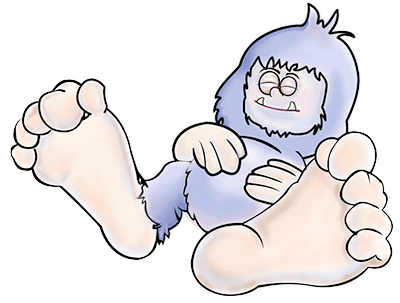 ‘Hmm. You ARE a Yeti. A baby Yeti.’ It nodded again, this time more vigorously. ‘And so baby Yeti, where is your home?’ At this the creature erupted into such a volley of sobs and snuffles that even the husband’s heart felt a tug. He softened. Somehow they had survived the roar of the avalanche. Maybe saving this baby yeti was their chance to say thank you?

‘Then you shall come home with us Baby Yeti’ he said and set out up the flattened slopes towards the low stone lodge with the puffing chimney where an old lady and a young girl had bowls and bowls of delicious, warming soup bubbling away for them inside.

And that’s how the Sherpa made the Yeti Mountain Home….. 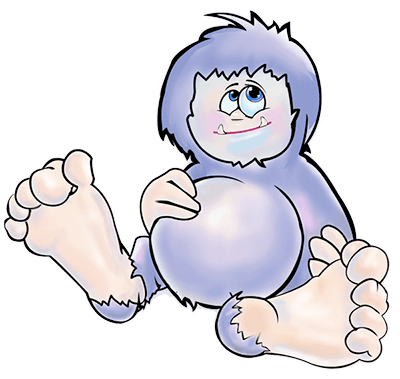